Sale on canvas prints! Use code ABCXYZ at checkout for a special discount!

A Cup Of Coffee

Previous Next View All 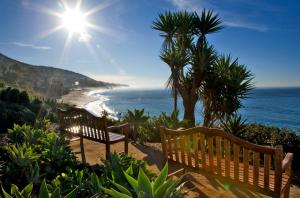 Soon after my Father died, I decided that every morning for one month and at 6:00 am, I was going to sit on my favorite bench that overlooks the ocean. I once sat here with my Father and listened to him telling me of his dream of building a 30 foot replica of the Santa Maria ship. My Father was a boat builder and since his childhood he had been building and designing boats.

I felt closer to my Father sitting on that bench and with my hot coffee and a melted cheese croissant, it was an easy challenge I enjoyed through the winter season. Close to the end of the month an older lady came and sat next to me. She too was holding her coffee as she bundled up her heavy coat to keep warm. We sat there and had a long conversation. She met me on the same bench every morning for four days. I enjoyed her company. But one morning she stop coming. And for the remaining 5 days of the month I didn't see her. I worried she had fallen ill. I went back the following month hoping I would see her again. I sat there again at 6:00 am and waited. Then I saw her coming and being wheeled on a wheel chair by the hotel attendant. I felt so sad watching her on that wheel chair. She had the biggest smile as she called out my name. She told me she was watching me every morning from her hotel window that overlooks the ocean; but she couldn't come down to sit with me because her back had given out. She told me she would have her cup of coffee as she watched over me every morning. She said, "I was watching over you even though you couldn't see me." She also told me she was leaving the country for a while and that she was grateful for all the conversations we had together.

I felt sad as we said our goodbyes then I watched her being wheeled away. From a distance we waved at each other. I sat there looking out into the ocean and thinking of all the conversations we had and something she said kept on echoing in my mind; "I was watching over you even though you couldn't see me." There was something peculiar about how she said this.

Two days later, I returned to my favorite bench and I stared at the hotel she had been staying in. Her echoing words by now had stirred up my soul and I wondered if It was possible that I had been entertaining an angel. I got the nerve to enter the hotel and I asked the clerk about her. He wouldn't check the hotel records until I told him I was a good friend of hers and I was concern over her health and I needed to know if she was still alive. Without further hesitation the clerk checked his records then he told me no one by that name had registered into the hotel. I asked him to check again and he did. "No one by that name is registered, I'm sorry." He said. Instantly I felt weak and I sat down on a couch in the hotel lobby. How can this be? I saw her come and go from this hotel many times. I sat there for the longest time.

I finally walked outside and made my way to my favorite bench. I sat there and stared to where she once sat. And again her words echoed in my mind. What was the purpose? What was the message? What words did she say to me that tell me of a message that is so urgent that an angel appeared to deliver it to me? I kept on rambling in mind trying to figure it out without success.

For weeks I wasn't the same. I found myself staring into space just thinking about the whole experience. I told no one about it. I felt it was something very personal and no one would believe me nor really care anyways. No one could possibly feel what I was feeling. So I kept it to myself but something in our conversations stood out. She always ended our conversations with saying, "I agree with you Alex, the ocean is a beautiful place." At the time I wouldn't have known that years later I would hear the same words from a stranger who would touch my soul and change me forever.